This action brings together governmental forces, through the task force of which Iroko is a member, and the most important traditional and spiritual leader of Edo State and has triggered a positive mechanism for change in the region, where a large majority of those trafficked from Nigeria to Europe come from. We are dedicating every available resource towards continuing this process, which represents a concrete opportunity for change for many Nigerians.

On 9th March Oba Ewuare II, during a well-attended ceremony held in the royal palace in Benin City, revoked the oaths imposed on victims of trafficking by native doctors in Edo State, putting a curse on anyone who creates or collaborates with underground criminal gangs who force people to take an oath. It is these criminal activities, which are not part of Edo culture and society that the Oba has distanced himself from.
END_OF_DOCUMENT_TOKEN_TO_BE_REPLACED 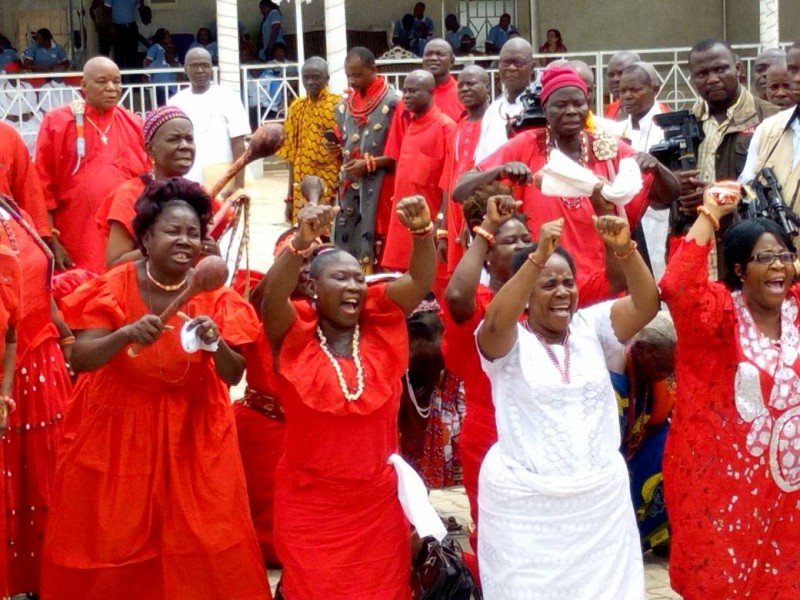 Oba Ewuare II, the King of Benin (current Edo State, Nigeria) has ordered native doctors of Edo State to revoke all of the curses and oaths placed on victims of trafficking, himself invoking a curse on all those native doctors who continue to force or coerce victims into taking oaths.

This important event took place on 9th March during a ceremony, held in the Royal Palace of Benin City, to which many priests and native doctors were invited, as well as representatives from NAPTIP, the government agency which works to tackle human trafficking and members of the government task force that is fighting against trafficking. Iroko is an active member of this task force (here are some pictures from the ceremony taken by representatives of the task force).
END_OF_DOCUMENT_TOKEN_TO_BE_REPLACED