Iroko has been an active member of various committees and task forces in Nigeria and has supported and partnered with local organisations in Edo State in particular for many years. In late 2019 we began to lay the groundwork for our first dedicated office in Nigeria, which has recently opened in Benin City, the capital of Edo State.

IROKO has also been very active in Nigeria’s fight against trafficking of women and girls from Edo State. In 2007, IROKO organised the first ever International Conference on Trafficking from Nigeria in collaboration with NAPTIP, Idia Renaissance and the Edo State government in Benin City. Since 2012, we have partnered with local NGOs in Nigeria like the Edo Women Development Initiative, the AAWE Charity and the Irene Ighodaro Charity organisation to organise yearly conferences on women and the girl child’s rights in Benin City Edo State. We also spearheaded a campaign to raise awareness of the realities and dangers of trafficking, including the use of a short film we created entitled ‘Journey of no return’.

In 2017, we jointly organised a conference on trafficking and finding Edo led responses to it in Benin City. The most important result from that conference is that the State Governor took the unprecedented step of setting up a Task Force on trafficking in the state under the office of the State Attorney General, as reported in the Nigerian Observer.

In 2018, IROKO was one of the founding members of the Edo State Government Task Force Against Human Trafficking. It is the only international NGO member of the Task Force

This work has been in collaboration with civil society organisations and women’s right groups with which we have worked for years to provide services to survivors of sex trafficking in Nigeria. We also lobby and engage with government agencies to ensure that laws and policies they have in place are adequately implemented to stop sex trafficking. We set up a Young Abolitionists Group in Edo State.

IROKO’s ongoing work in Nigeria
We are currently providing financial support to 5 families and scholarships to 2 young women in higher education.

The local office will further strengthen our organisation and build our capacity through:

During the current coronavirus crisis, the office is offering food parcels to support the most vulnerable in Benin City.

Our colleague Violet.A.Oleh is heading up the Benin office.

Violet.A.Oleh  has a Master degree in M.sc Social Work,  from the University of Benin.  She is trained in Open Source Intelligence (OSINT) by the UK NCA. Her other qualifications include a certificate in Forensic Psychology,  Principles & Practice of working supportively with refugees from University of Glasgow. Her work experience started as a volunteer with Faith Based organizations, NGOs and private hospitals. She brings valuable experience from the UK NCA Joint Border Task Force, where she worked in combating cross border crimes such as human trafficking. Violet is very passionate about and enjoys providing support for the elderly and vulnerable persons. 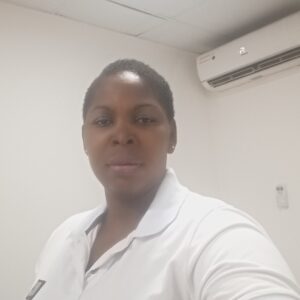