The European Women’s Lobby (EWL) brings together the women’s movement in Europe to influence the general public and European Institutions in support of women’s human rights and equality between women and men. The EWL is the largest European umbrella network of women’s associations representing a total of more than 2000 organisations in all EU Member States and Candidate Countries, as well as 19 European-wide organisations representing the diversity of women and girls in Europe. EWL envisions a society in which women’s contribution to all aspects of life is recognised, rewarded and celebrated – in leadership, in care and in production; all women have self-confidence, freedom of choice, and freedom from violence and exploitation; and no woman or girl is left behind.

Apne Aap Women Worldwide is an Indian grassroots organization working against sex-trafficking.  It has supported more than 20,000 prostituted and at-risk girls, women and their family members since its foundation in 2002, by journalist, Ruchira Gupta and 22 women in prostitution.

It enrolls children of prostituted women into school, and helps women exit prostitution by getting government IDs, accessing welfare like food, housing and health care and filing cases against traffickers. It advocates for better laws and, policies on behalf of the Last Girl-the 13-year-old in a brothel or the 19-year-old on a street corner.  Its main work in India is in the red-light districts of Sonagachchi and Munshiganj in West Bengal and among nomadic group labelled as criminal tribes under British colonialism in Delhi and Bihar. It has consultative status with the United Nations.

Its sister organization, Apne Aap USA, supports the work of Apne Aap in India, mentors US based survivors of prostitution, builds university partnerships, trains students on anti-human trafficking work and supports the development of victim-centric policies at the UN, among other governments and among international partners.

Apne Aap was formed with the dream of a world in which no girl or woman would be bought or sold. It means self-action in Hindi. Its facebook and twitter are @apneaap email: contact@apneaap.org

The Coalition for the Abolition of Prostitution (CAP International), of which Iroko is a member, is an advocacy vehicle for frontline NGOs and a global convener for change. The fundamental objective of CAP International is to advocate for the adoption and implementation of 1) progressive domestic legislation and 2) international standards that amplify efforts to:

The Coalition Against Trafficking in Women (CATW) is a non-governmental organization that works to end human trafficking and the commercial sexual exploitation of women and children worldwide, engaging in advocacy, education, victim services and prevention programs for victims of trafficking and prostitution in Asia, Africa, Latin America, Europe, and North America, including in the United States. CATW is the world’s first organization to fight human trafficking internationally and is the world’s leading abolitionist organization, which has provided widely recognized leadership on local, national, regional, and international levels, in promoting legislative, policy and educational measures to raise awareness about the root causes of human trafficking since 1988. Iroko’s director, Esohe Aghatise, is on CATW’s board of directors.

SPACE International, which first formed in Ireland in 2012, works to changing social attitudes towards prostitution and pressing for its recognition as a sexually exploitative human rights violation. All of the representatives of SPACE, who come from all over the world, have lived experience of the sex trade, and many of them have extensive experience of front-line work in combating prostitution and offering exit services to prostituted women and girls. All of its members are outspoken public abolitionist activists, pressing for the Abolitionist (Nordic) Model of prostitution legislation in their own regions of the world.

Afrika Youth Movement is a pan-African, action-oriented, youth-led movement that strives for the participation, development and leadership of African youth to transform Africa and achieve their rights to peace, equality and social justice. They are creating a continent that respects the rights of all its citizens. They promote the values that binds our continent; ubuntu, unity, self-determination, integrity and accountability. 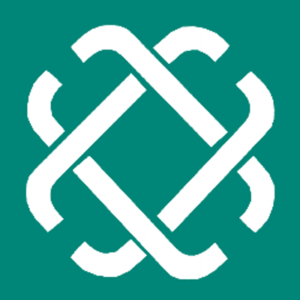 Fodation scelles has been a recognized public benefit foundation, has been fighting against the system of prostitution and the exploitation of prostituted persons for 25 years. As an international observatory specializing in monitoring and analyzing prostitution-related phenomena, the Scelles Foundation is also a key player in awareness-raising and prevention, advocacy and mobilization against sexual exploitation. Since the adoption of the Abolitionist Model in France in 2018, the foundation also works to monitor the implementation of the law, contributing to the repression of perpetrators and the prevention of the phenomenon – through legal actions, awareness-raising courses to fight the purchase of sexual acts, awareness-raising campaigns, and education among young people.

Trauma and prostitution, set up by Dr. Ingeborg Kraus, is a group of leading psychotraumatologists working to show the dramatic health consequences of prostitution. They demand the abolition of sexbuying. Their website publishes a wealth of research and information in several different languages.

Embrace dignity, based in Capetown, actively pursue and support a law on prostitution in South Africa that recognises that prostitution is violence against women, undermines gender equality and perpetuates patriarchy, based on the Abolitionist or Nordic Model. They provide support to those who wish to exit prostitution mainly through referrals to counselling, skills training, small business development and education providers; by supporting survivor initiatives; and by building a survivor network. They also run a Public Education programme, aimed at creating awareness of the harms of prostitution and how communities and organisations can support survivors and prevent more persons from being prostituted into this system of commercialized sexual exploitation. Facebook @EmbraceDignity

The European Network of Migrant Women (ENOMW) is a young migrant-women led platform of NGOs that works, in the spirit of intersectional feminism, for the rights of migrant women in Europe. The network membership ranges from grass-root service providers to NGOs focused on advocacy and research. ENoMW members, which include Iroko, cover a diverse range of subjects in the area of human rights of migrant & refugee women, with economic empowerment, anti-discrimination & access to justice and combating Violence against Women and Girls (VAWG), being the most frequent activities.

FOKUS, Norway, is a knowledge and resource centre for international women’s issues.

FOKUS was established in 1995. Today the organization consists of more than 50 Norwegian women’s organizations and women’s committees in political parties, trade unions, and solidarity and aid organizations.

YWCA is a global women’s right movement.  In over 100 countries, they work with women, young women, and girls across faith, culture, and region. World YWCA is the largest organization of its kind, engaging millions of people each year. They believe that when women rise to leadership they transform power structures and policies around human rights, gender equality, peace, and justice.
Some members of IROKO are also on the board of directors of YWCA Italia, with whom they are actively involved in the management of services for female victims of violence. This collaboration also includes exchanges of training.