Join witnesses from the global south, including our own Esohe Aghatise, 15th June 2021 at 5pm CET / 11am EST, who will detail the impact of the Canadian government’s collusion with Mindgeek/Pornhub in violating human rights.

“Women from countries of the Global South live socioeconomic injustice, armed conflicts, humanitarian emergencies. Pornography production, distribution and consumption are an abuse of power and position of vulnerability”
Esohe Aghatise (Nigeria/Italy -ENG) – jurist, women’s rights activist and United Nations Expert on Trafficking as well as Executive Director of Associazione Iroko Onlus, which provides services to victims of sexual violence and trafficking in Italy.

We are so excited to have kicked off our series of online events entitled Debunking ‘Sex Work’: Conversations about Prostitution! Last week saw conversation #1 hosted by our very own Esohe Aghatise, who talked to Gail Dines, PornlandAuthor and Founder and President of Culture Reframed, on the theme of Pornogrpahy and Prostitution. You can watch the recording of the event here.

Check out our event page on Facebook for updates on all of the exciting speakers that will join us from around the world each week.

This series continues every Thursday at 12 noon EDT / 5pm UK / 6pm CET until 1st July, so follow this link to sign up to watch on Zoom (with Italian translation available) or follow the event on Facebook Live!

We were thrilled with the response to the first in our series of online events entitled Debunking ‘sex work‘!

On Thursday 20th May our founder and director, Esohe Aghatise, was joined by the brilliant Gail Dines, Pornland Author and Founder and President of Culture Reframed. Their conversation touched on:

If you missed it, you can watch the event in full on Facebook.

Read our press release to find out exactly what the project is all about! 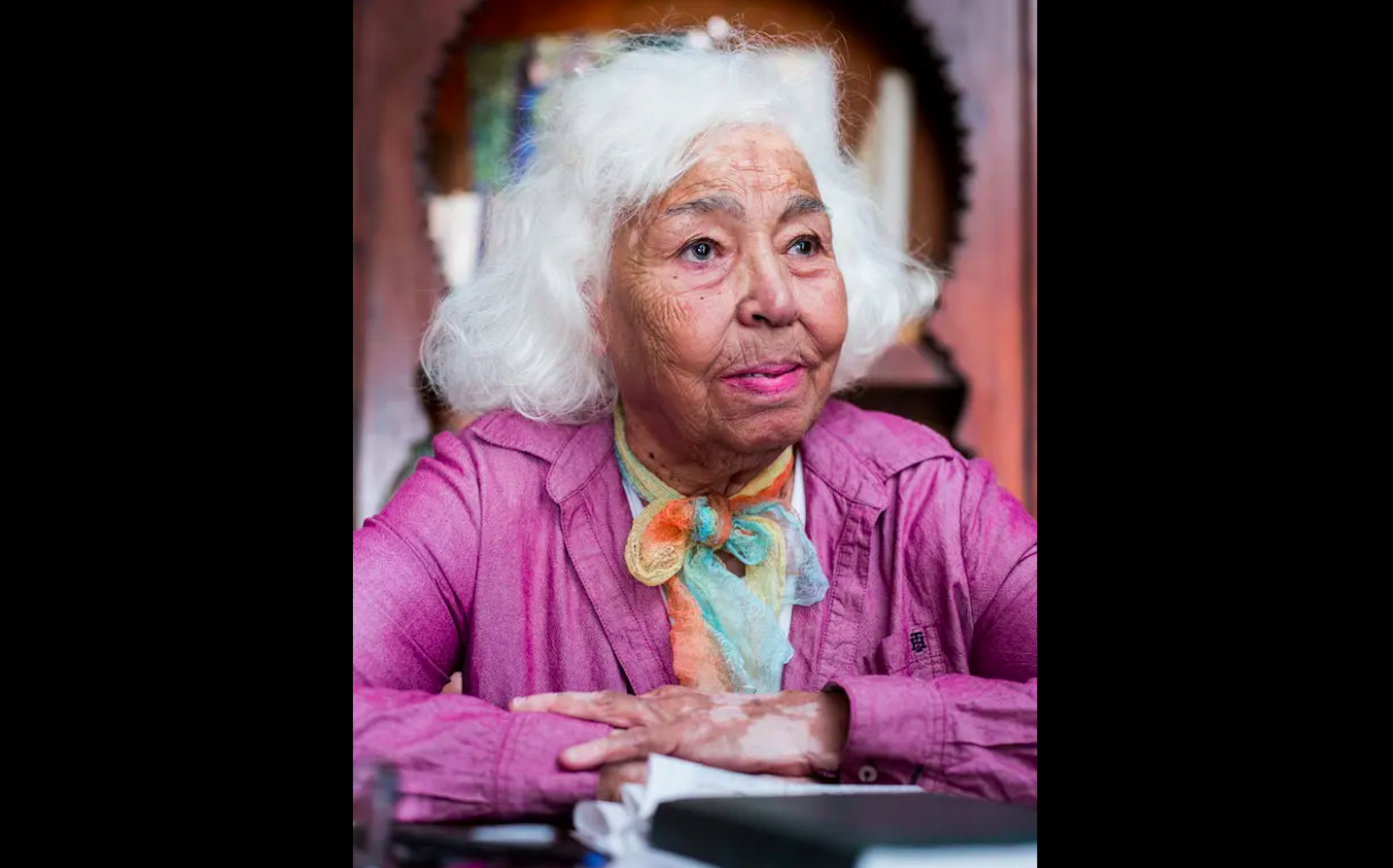 Nawal El Saadawi, Egyptian feminist, doctor, author, activist, psychiatrist, university lecturer and so much more, died on Sunday 21st March 2021, at the age of 89. She gained international recognition for her innumerous contributions to feminist battles, her brave honesty and her unwavering conviction, which even saw her imprisoned for two months in 1981, for “attacking the ruling system”.

Our Executive Director, Esohe Aghatise shares her thoughts on this incredible feminist and women’s rights campaigner.

I met Nawal El Saadawi in London in 2015 at Housemans Bookshop in Caledonian Road, where we were both billed as speakers on female genital mutilation. I was struck at how she expressed herself so freely, without censorship and shared positions that were quite unconventional and, when considered within her own context, quite revolutionary. During the evening’s exchange, the question of male circumcision arose. She was quite firm and clear on the position that both male and female circumcision are genital mutilation of otherwise healthy body parts. She went further to express her views on regional and global political economic relations and their impact on women and girls. She held strong views on gender relations and was not at all afraid to express them.

I especially admired her fearlessness, energy and determination and would have loved to spend more time learning from her. She invited me to visit her in Cairo, and though I called her a couple of times, I never did get round to visiting. That is a huge loss I will live with forever. Her passing is a huge loss to women’s rights and to the world in general.

END_OF_DOCUMENT_TOKEN_TO_BE_REPLACED 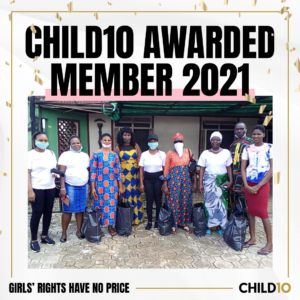 Child trafficking and sexual exploitation of children is on the rise in Europe. The outbreak of Covid-19 this past year, has only exacerbated the situation for these children and made many more vulnerable to abuse. Today Child10 is announcing the prominent 2021 Child10 Awarded Member organizations who are working across Europe and will now join forces to end human trafficking and sexual exploitation of girls in Europe. The organization Iroko Onlus is one of these ten organizations selected from over 90 nominations from 27 countries across the globe.

“The recognition by Child10 will ensure that we will be able to expand the impact of our work, to reach more survivors in Italy and also to reach more vulnerable women and girls in Nigeria. We very much look forward to collaborating with Child10 to expand our work and to ensure that our advocacy has the kind of impact that we hope to achieve. It is an honour to receive this award. Thank you very much”​, says Esohe Aghatise, founder and executive director of Associazione Iroko.

This week, Iroko made a submission to the European Commission’s inception impact assessment proposal for a legislative initiative on preventing and combating gender-based violence and domestic violence, in the hope that the EC will take the important step of recognising sexual exploitation as a form of violence against women. We must thank our friends and colleagues at the Brussels’ Call for their support and input for this submission.

Below you can read our submission in full.

Iroko is an Italian-based NGO that has, for over 20 years, campaigned on behalf of and provided assistance to victims/survivors of domestic violence, prostitution, and sex trafficking.

As a frontline organisation we come into regular contact with predominantly migrant women, often victims of trafficking for sexual exploitation, who come to us for support. These women describe violence experienced at the hands of men, especially sex buyers. This violence often corresponds to the internationally accepted definition of torture. Not surprisingly, they are often reluctant to talk about the trauma they suffered or are unable to put it into words. Our aim is to help them rebuild their lives, but we cannot do this alone. Recognition at every level of the violence and trauma they have endured strengthens their rights and status as victims of violence, in order to obtain appropriate protections as such. Legislation on all forms of VAW is needed to ensure that unacceptable behaviour is punished, and serves as a signal of what we as a society deem acceptable behaviour.

END_OF_DOCUMENT_TOKEN_TO_BE_REPLACED

In her interview with Radical Girlsss to mark the EU’s Anti-Trafficking Day 2020, Rachel Moran, whose own book Paid for: My Journey through Prostitution we consider a must-read for everybody, was asked about what advice she would give young women today. She talked about the modern challenges posed by social media and the way young women are constantly bombarded with images and messages about sexuality, as well as the importance of arming ourselves with information, learning from the feminists who have gone before us.

“We, all of us – young women and middle-aged women like myself – we need to respect our elders, and that’s something that I don’t see us doing often enough. Because there are women who’ve come before us, who have written extremely important texts and, honestly, if I had read – I’m not sure when Sheila Jeffreys’ The Idea of Prostitution was actually published, I think it might have been during the ‘90s. But I can tell you had I read that book before I got into prostitution, I wouldn’t have gone near prostitution. You know, because it lays out so very clearly the dynamics of what prostitution involves.

END_OF_DOCUMENT_TOKEN_TO_BE_REPLACED

To Mark the EU Anti-Trafficking Day 2020, Adriana from Radical Girlsss (the youth wing of the European Network of Migrant Women) interviewed Rachel Moran, the survivor activist, author of Paid For: My Journey Through Prostitution and founding member of the survivor group SPACE International.

Human trafficking is, by its very nature, an extremely difficult phenomenon to measure, and the data on the number of identified victims inevitably gives an incomplete picture of the scale of the problem. Between 2017 and 2018, a total of 74,514 victims of trafficking were detected in over 110 countries. The US Department of State reports 105,7876 identified victims worldwide in 2019, showing a clear increase year on year. The estimated total number of victims is much higher, with the ILO putting it at more than 40 million in 2016. Trafficking disproportionately affects women and girls, who – according to UNODC data – represent 72% of detected victims of trafficking globally. Moreover, sexual exploitation is the predominant form of trafficking.

Given the scale of this problem, we have written a statement to mark the day and outline what the data and what our experience have taught us about trafficking for sexual exploitation and how it can be combatted.